Meet the Board – Engelstad Foundation 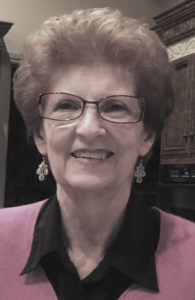 Betty Engelstad was born January 1, 1933, in a small farming community in Minnesota.  After high school, she worked as a teller at First National Bank.  It was during these years that she met Ralph.  He was unlike anybody she had ever known.  He was a hockey player, a contractor and he had dreams of leaving to develop property.  They were married May 1954 after a whirlwind courtship on Ralph’s part.

They have a daughter Kris.  Ralph left in 1960 to build their home in Vegas, and a year later Betty joined him. When Betty saw the mounds of dirt in the front yard she asked why there was sand to only find out that unlike Minnesota soil, Las Vegas soil resembles sand.  During Ralph & Betty’s early years she worked as Ralph’s bookkeeper. She is dedicated to helping less fortunate others through her philanthropic gifts, but she is also a devoted wife, mother and grandmother to Sean & Erin. 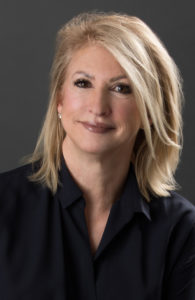 Kris Engelstad is a longtime resident of Nevada, and a graduate of University of Nevada, Las Vegas. She serves as Trustee of the Engelstad Family Foundation, which her parents Betty and Ralph implemented in 2002, and is dedicated to improving the communities she and her parents have called home.

Kris channels her passion for education reform, veterans’ issues, and improving the lives of people with disabilities and serious illnesses into her work with the Foundation, directing funding to impactful programs working on these issues in Minnesota, southern Nevada, and North Dakota. Thanks in part to her efforts as Trustee, the Engelstad Family Foundation has endowed more than $300 million in scholarships and grants, and is now a major benefactor of these and nearly 200 other organizations in the following U.S. regions:

Multiple organizations have recognized Kris for her work with the Foundation, and as a member of the greater Las Vegas community. Some of her awards and recognitions include:

Kris sits on the board of four other organizations: The MGM Public Policy Institute Advisory Board, The Utah Shakespeare Festival Board of Governors, and The Bishop Gorman Advisory Council. Her hobbies include travel and reading. 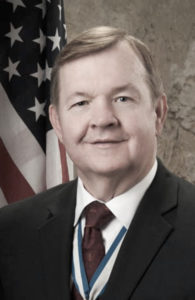 Jeff serves on the Executive Board of the Las Vegas Area Council as the Vice
President for Endowment Development and is a member of the Good Scout
Luncheon committee.

His previous Scouting positions include Committee Chairman,
Committee Member, Chartered Organization Representative, Varsity Coach and
Merit Badge Counselor. He received the Duty to God Award, Wood Badge Beads
and is a James E. West Fellow. As Council Vice President of Endowment, Jeff
hopes that his efforts will help fund the future Scouting programs so that area youth
will continue to enjoy and benefit from what Scouting offers.

He treasures his experience as a Scout and is committed to the Boy Scout Oath and Law. He strongly believes in the values of Scouting and lives his life as an example of the attributes and goodness that the Scouting movement seeks to instill in the youth of each rising generation.

Every day, Jeff does his duty to God, his country and to his community. Jeff has served as president of the Nevada State Board of Accountancy, chairman of the Opportunity Village Foundation, treasurer of the College of Southern Nevada Foundation, trustee/treasurer of the Engelstad Family Foundation, and is an active leader in his church.